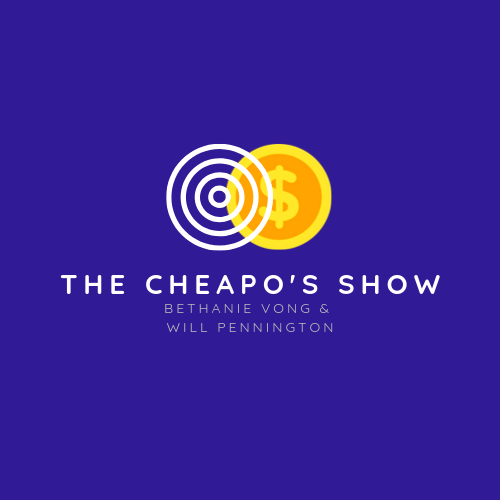 Welcome to the Cheapo’s Show by RTA students: Bethanie Vong and Will Pennington. Tune in weekly to get a quick run-down on the cheapest places to go to in Toronto. Whether it be the cheapest bars, coffee shops, hair salons or thrift shops, Will and Bethanie got you covered. Each episode will consist of a topic, such as coffee shops in Toronto, followed by cheap alternatives. Will and Bethanie will visit multiple locations per topic, and provide details such as: cheapest on the menu, upcoming deals and more. Who doesn’t like saving money? We certainly do, especially when you’re running short on cash but still want to get out of the house. Come check out our podcast, with a new episode dropping once a week.

Bethanie Vong is a 19-year-old student, studying RTA Media Production at Ryerson University. She was born and raised in Macau, China, and moved to Canada during her high school years. Bethanie resides in Toronto, Ontario, with her main focus in marketing and advertising. Will Pennington, aged 19,  was born and raised in Markham Ontario and is also a student at Ryerson University, studying RTA Media Production. Will’s focus is on scriptwriting for television.